Spanish punk rockers Blowfuse are set to continue their impressive touring schedule as tour support for Bad Religion next year on their 40 year anniversary tour. The band will be sharing the stage with the legendary Californian punk rock band across Europe, with further support from fellow punk rock legends Suicidal Tendencies and Millencolin. Full dates below: 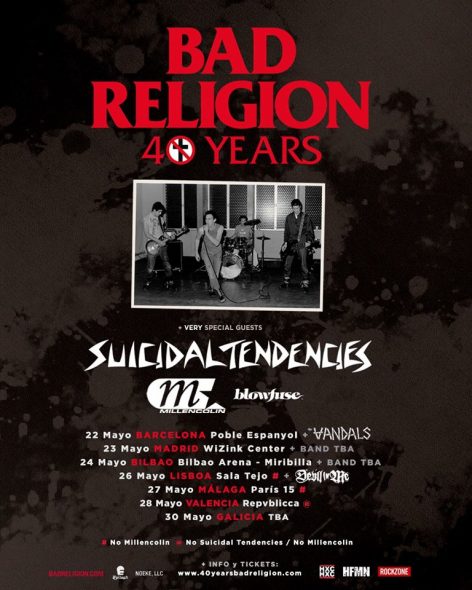 The continue to go from strength to strength since releasing their latest LP ‘Daily Ritual‘ earlier this year. You can check out the album at the following places below: