Might As Well Fest I hits London 12th September 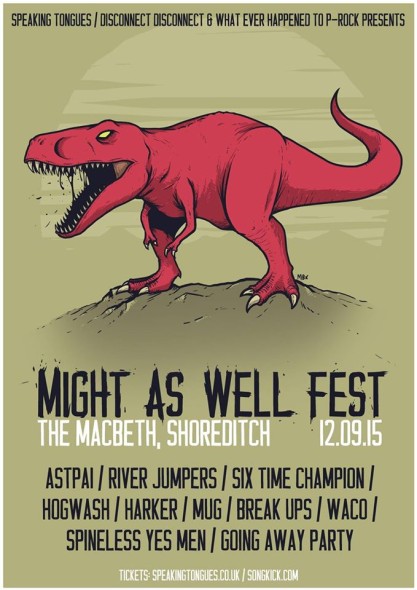 We are pleased to be teaming up with fellow London label Speaking Tongues and one of our favourite London promoters / club nights What Ever Happened to P-Rock to bring the first MIGHT AS WELL FEST to London this September!

The event takes place on Saturday 12th September at The Macbeth in London, with a great mixed bill of some of our favourite skate punk, punk rock, pop punk and emo bands from around the UK and Europe!

Pick up tickets now from: https://tickets.songkick.com/events/24498929