Disconnect Disconnect Records are very proud to announce the 10 year anniversary of our very first release proper – Rebuke‘s skatepunk classic “Wouldworks“. The label and band are celebrating this by giving the album, (which was released on CD and Digitally on 10th April 2010) the vinyl treatment, with a limited release of 200 copies on transparent orange vinyl.

The album was a major step forwards for the band, who have toured relentlessly across Europe (and Japan) in the 10 years since, appearing alongside such acts as NOFX, Lagwagon and Strung Out, and playing major festivals such as Punk Rock Holiday, Manchester Punk Fest and Sbäm Fest. In the time since the album, the band have released 3 EP’s “Artie Kaye“, “Camino Del Rey” and a split record with Germany’s Money Left to Burn, appeared on several comps and released a full blown 36 track discography album.

This anniversary album has been re-mastered for vinyl and also features a bonus track in Propagandhi’s Anti-Manifesto, also recorded in 2010. 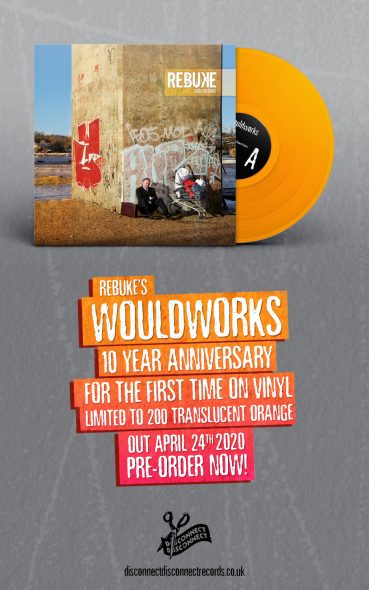