The Decline are coming all the way from Australia for a UK tour! They’ll be hitting most of these dates with Fair Do’s, plus a few select shows with A Wilhelm Scream and Pears in Kingston and with The Human Project at our Disconnect Disconnect hosted show in London! 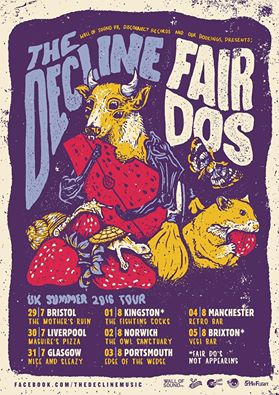