After The Fall – Unkind Pre-Order 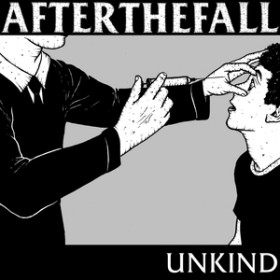 We’re really happy to announce that we will be releasing the new album from Albany NY’s After The Fall! A long time favourite of the label, After The Fall’s fourth full length ‘Unkind‘ will be out on March 19th on CD in Europe through us at Disconnect Disconnect Records, under license from Paper and Plastick.

The album is 12 tracks of relentless punk rock with plenty of shredding which should appeal to fans of Propagandhi, Strike Anywhere, Good Riddance and Bad Religion.

Check out the closer to the album ‘Decade’ below:

The album is available to pre-order now at our webstore:
http://disconnectdisconnectrecords.bigcartel.com/product/after-the-fall-unkind