We’re very excited to announce that we’ll be releasing the new album from Buffalo, New York’s Rust Belt Lights! The band’s new album ‘Religion & My Ex‘ is the follow up to 2010’s ‘These Are The Good Old Days’ released on Paper+Plastick and 2011’s split with I Call Fives. We’ll be teaming up with Adeline Records again, to bring a UK/Euro exclusive vinyl version of the album, which’ll be limited to 100 copies.

Alt Press are premiering a new track ‘Old Ghosts‘ from the album, so head on over here to check it out! http://www.altpress.com/features/entry/song_premiere_rust_belt_lights_old_ghos

‘Religion & My Ex‘ takes a much more dynamic approach to the band’s melodic sound and deals with the adversity of letting go of old emotions and ideals while still staying true to oneself. When asked what set this record apart to the bands previous work, guitarist Tom Mayer said “I think it’s just the pure emotion behind it. I feel like it really comes through this time. There was so much unexpected change going on in my life that I didn’t really see coming. I was seeing and thinking about everything in a new perspective, which only fueled my desire to make music. At an age where a lot of my friends had to put music on the backburner, I was the most passionate about it I had ever been. I think that rubbed off on the other guys a little bit and helped us make something together that we could all be proud of.”

The band will be touring the US through December with Carousel Kings and Better Off, and hoping to come to the UK and Europe in 2014! 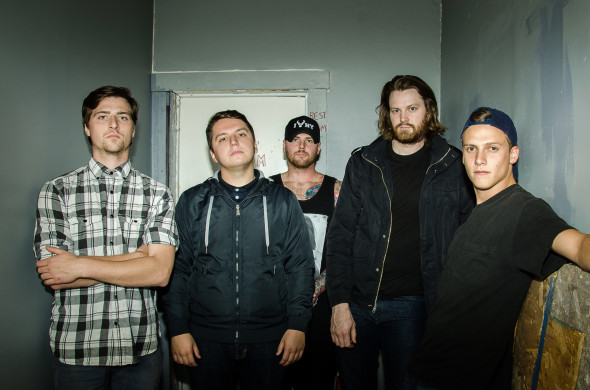